And you though it was an actual floodplain or river delta photo scene somewhere in Amazonia !!! It's actually a very ingenius experiment by a UC Berkeley graduate student Christian Braudrick, UC Berkeley Professor of Earth and Planetary Science William Dietrich and some other colleagues who have replicated the first experimental creation of meanders in a flume – a scaled down representation of a natural floodplain channel using alfalfa sprouts to represent riparian streamside vegetated stream banks.


Christian Braudrick, William Dietrich and their colleagues are the first to build a scaled-down meandering stream in the lab that successfully meanders without straigtening out or turning into braided streams. The substrate is composed of sand to represent real-life gravel; white light-weight plastic for sand, and alfalfa sprouts for deep-rooting vegetation. No one has ever previously  been able to experimentally create or recreate a self-sustaining meandering hydrological system in the lab, and numerous restored meanders have straightened out or turned into multi-channel "braided" rivers after the first flood. Take a view of this short video clip as Christian explains the purpose of his experiment.

Now take a look below at this link and the Berkley Video of a time-lapse of water movement which shows water's ability to natural ability to twist back and forth in a meandering motion as explained decades ago by Viktor Schauberger of Austria who won several awards in River Engineering and Management which replicated what nature is designed to do without interference from Humans who would otherwise straighten the channel for commercial enterprise purposes. 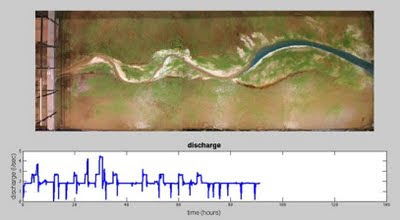 That experiment to me must be to a biologist what a kid's HO Scale Train set is to him. I want one of those too! 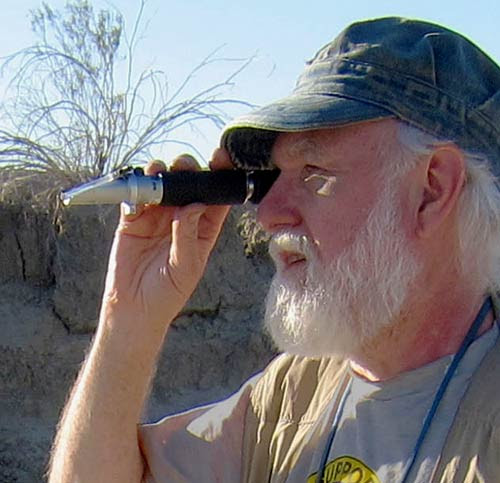 I actually stumbled across this experiment from a Christopher Richard's blog called "Flow Back in Time" which takes you on a re-enacted journey through Juan Bautista de Anza's trek through Yuma Arizona, Imperial County to Riverside County and places north towards today's San Francisco. It follows the then present water courses where today they are either completely absent or changed beyond recognition of what these Springs, Creeks, Rivers and other water sources once were in all their past glory. This is not simply a mere retracing for curiosity of Anza's route, but a study of the hydrological features at that time.

Here is a link to his fascinating blog. Bookmark it and follow the discussion and ongoing posted articles which are not finished yet. By years end he will actually be up in the high country valley of Anza California where I once lived and for who the valley was named for. Eventually he will make his way all the way up to the San Francisco Bay regin following all the hydrological spot where the Spanish Explorer Juan Bautista de Anza followed back in the years 1774 & 1775. What he wrote about then and what the water sources look like today. 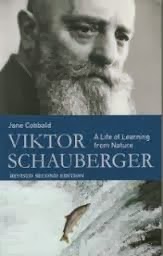 I have previously mentioned Viktor Schauberger, but most folks don't seem to have a real interest in what this man accomplished and did in life from 1885 to 1958. He witnessed amazing natural phenomena with regards water movement. He had theories of deriving energy from water based on his observations at the time. He was able to observe this natural phenomena in a pristine environment, an environment which no longer exists today and a phenomena which in many places is now non-existent. The sad thing is we may never appreciate all that he saw. He did comment once that a down hill spiral of the Natural World took place at the beginning of World War I in 1914.

Swedish Researcher and Author Olof Alexandersson who is now himself close to 95 years of age if still alive, worked as an assistant to Schauberger the last few years of his life in the 1950s. He wrote a book called "Living Water" based on Schauberger's life and work and everyone should at least get a copy and read about this man's life and the things he saw and witnessed and the inventions he came up with based on water. I promise you that it will be difficult to put down until you finish it and then you'll want to reread portions of it. I've already mentioned his river engineering expertise which actually replicated what existed at one time out in nature. Here are some of his disgrams and drawings of how he believed rivers and other water courses should be repaired and re-engineered. Here are some of those drawings.


Much of his research was based on water's ability at spiral or vortex movement. He was well ahead of his time. He was constantly at odds with the conventional arrogant scientific understanding of the so-called geniuses of his day. Viktor Schauberger actually developed a sophisticated logging flume which was ahead of it's time and the principles of which were based on natural water movement observed in the environment. He later regretted doing this as it accelerated the destruction of Austria and Germany's old growth forest and in some cases caused permanent damage by all the removal of old growth vegetation. Still the meandering river lab experiment is fascinating and could be used as a model for repairing the damage humans have done. Though in the video they talk about learning how geological features on Mars which could possibly be explained, the REAL NEEDS are here on Earth. So much focus is on other worlds and space exploration and massive amounts of monies being spent on these. Yes they are fascinating, but they are NOT the present pressing need for Earth itself which Science has mismanaged and abused through many irresponsible technologies they have created for their commercial handlers.


With that in mind another interesting site by LA Creek Freaks has focused on some of Southern California's present hydrological disasters and natural habitat problems. Take the example of the video above on the vision of this group to revitalize the Los Angeles River. One positive focus has been a series of articles they have done on Riparian Habitat restoration projects along the Colorado River near Yuma Arizona. Let's first define the term 'Riparian' for some for who may not be familiar with it.


Riparian Zone or Habitat (from Wiki)

A riparian zone or riparian area is the interface between land and a river or stream. Riparian is also the proper nomenclature for one of the fifteen terrestrial biomes of the earth. Plant habitats and communities along the river margins and banks are called riparian vegetation, characterized by hydrophilic plants. Riparian zones are significant in ecology, environmental management, and civil engineering because of their role in soil conservation, their habitat biodiversity, and the influence they have on fauna and aquatic ecosystems, including grassland, woodland, wetland or even non-vegetative. In some regions the terms riparian woodland, riparian forest, riparian buffer zone, or riparian strip are used to characterize a riparian zone. The word "riparian" is derived from Latin ripa, meaning river bank.

On this note here are some of the related article on the lower Colorado River Valley restoration project by LA Creek Freak. This series was authored by one of many blog contributors named Joshua Link.


Explorations of the Lower Colorado River, #1: Motivation & the Vaquita Marina

Explorations of the Lower Colorado River #2: the River in Yuma

Explorations of the Lower Colorado River #3: The River in Mexico

Around the world many invasive species through no fault of their own have taken over certain regions and wreaked havoc on native populations of fish, amphibians, reptiles, birds animals and plants. In Florida it's any number of trees such as Brazilian Pepper Tree and out west the mid-east introduction of the Tamarisk. Human ignorance and stupidity has always been at fault for this. Even after some education and information highlighted on this, criticism by a collection of cyberspace chatroom Buffoons always raises their ugly collective voices in sarcasm to what they perceive as alarmists (leaving out the true derogatory names). Nothing could be further from the truth. Below is a native plant nursery developing seedlings like willows, cottonwoods and other native riparian habitat plany community one displaced by an introduced species for windbreaks called Tamarisk.


Soaking dormant Willow cane poles in an old irrigation ditch before planting. Many if not most  riparian plants have the ability to propagate vegetatively, that is from branch cuttings or as in nature after floods when branches are broken naturally and buried in sand down stream. This ability is important as rapid streambank repair is essential.


One of the biggest tasks in fighting with Tamarisks is understanding a few details about it's requirements and life cycle. The seed has a low sustainable viability rate. What I mean is that it needs to be germinated early in it's release. In most cases it's viable between 20 to 40 days and poops out after that. Another point can be illustrated down below. Take a look at these close plantings of Fremont Cottonwood Poles. While I don't necessarily like the agricultural rows, they can be thinned later for a more natural look.


However the main purpose here is to force tall leggy competition and create a tall forested canopy. Any young Tamarisk seedling started under such a canopy won't make it as they hate shade. A good bit of info to know when doing your own restoration project. Create a giant native cottonwood forest able to sustain itself and you can move on to other invaded areas. This also mimics those heavy rain season flooding events that come along every once in a while where land alluvial fans of massive soil sediments are deposited and kept wet  for a long period of time as runoff drains off over a long extended period of time and creates dense willow, cottonwood, alder, sycamore and other new riparian habitats.

I'll have more later on specifics of restoration techniques, but don't forget the education and informative links above. In the mean time here is another important link provided by Landscape Architech David Cristiani:

Posted by Chaparral Earth at 8:24 AM