First time I ever heard of the use of Manzanita berries down in Mexico was from a family (Benjamin Larios family) I use to visit who lived on an old Adobe walled farm house in Anza California back in the early 1980s. The husband (Ben Sr) worked for the giant potato grower from San Jacinto up there, Agri-Empire, and his wife was known by the hispanic workers as the lady who made and sold both corn and flour tortillas (two dozen for a buck). So I also purchase my tortillas from her, since in those early days there were not a lot of stores which sold anything Mexican, unless you drove over an hour to Hemet & San Jacinto in the valleys below. She once showed me jar of Manzanita berries from which she crush and made a type of vinegar to get the goat milk to curdle and make cheese. They looked exactly like the picture above right. The Larios family was one of the nicest most humble families you could ever meet. But here below is the story that triggered my memory of my early times in Anza. Nice story from a couple days ago from NBC San Diego you can read here:

The older woman above is, María Félix, who is from Mexico and she just turned 118. She attributes her health and long life to eating "good food" specifically foods from the desert. Along with the usual better known native foods like the Tunas from Prickly Pear cactus (Nopales), Purslane (commonly cursed by gardeners) and something referred to as quelite. Much like the Southern folk's usage of word/term “greens”, which can refer to collards, kale, mustard, spinach or who knows what, but in Mexico the word quelites is used to reference pretty much any green leafy vegetable. Prickly Pear tunas are a given for Mexican foods. My flavourite are not the store bought, but rather wild collected Nopal which are native to Southern California where I come from. In the Spring time, the tender new grow of the beavertail looking pads are collected, know as Nopales, where the flavour reminds me of green pole beans, but a bit stickier and slimy like Okra. The store bought tunas and pads just do not have the same rich flavour as wild collected.

I've eaten Purslane in the past which is a well known little weed. The flavour and texture is very reminiscent of Broccoli. It is freely available as you all know and very commonly known by most Mexican descended people as a vegetable. Gringos however have problems with many things commonly viewed as weeds. Yet their ancestors who came out of the great depression often ate such things. Beans were common to eat when I was a kid, but this is viewed as poor peoples food now and I dare say, unless Gringos go to a Mexican restaurant where they serve beans, very few eat them anymore. But the use of Pointleaf Manzanita is what most interested me. From what I said at the top here, it was used by Berta Larios to curdle goat's milk for cheese. Indeed, almost anything with acid content will curdle milk for cheese. This Manzanita can reach between 1 and 3 meters in height. The stems are the typical red bark and a smooth texture, their branches are short and from them are born leathery textured leaves with a bright green color. They have spherical flowering clusters with each individual flower always reminding me of Chinese lanterns and their fruits are a drupe that measures about 5 to 8 millimeters whose pulp is very fleshy and edible. Sweet n Sour like Granny Smith. The fruits to me are sweet and sour which are used in the production of alcoholic beverages, smoothies, syrups, jams and even to flavor soups. But what stands out among the properties of pingüica is its powerful diuretic action. Caution should be used like everything else in the herbal field, but many will always over do it. Humans always have this idea in the back of their minds, "If a little works, more must be even better." 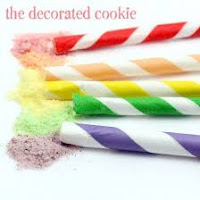 The fruit tastes like the sour green apple of a Granny Smith or Rhode Island Greening. But dried and the powery interior of the seed is tart and sweet like the old Pixie Dust candy sticks. Among the supposedly beneficial properties of pingüica, the site stresses that in countries like Mexico its fruits and leaves contain very useful compounds which are used in their traditional medicine such as the tannins, gallic acid and arbutin (see link below in references). The later chemical property stands out for being the one that gives it its diuretic and anti-inflammatory properties. It's also these acid-like properties which cause the milk for curdle for cheese making. But I've provided further reading below. Some sites you'll need to turn on your translation feature from Spanish to English.

Anyway, aside from it's uses in traditional medicines, foods, etc, it's also an excellent landscaping shrub for hotter areas for which I'm providing a link below from Las Pilitas Nursery and Bert Wilson's description and uses for this native shrub in your garden.

Posted by Chaparral Earth at 3:54 AM No comments:

Before & After Photos: What do you see as different ???

This isn't Rocket Science. Yet almost everyone misses the obvious! 😕 If it was a Rattlesnake, you'd be dead. 😲


This was posted on a Facebook page by a user in the group, Abandoned Rails. The member, Jon Severson, provided tis commentary:


"At the east side of Pipestone Pass, Montana the Milwaukee Road had a passing track and small yard named "Donald". East-west meets were common here and since US Hwy 12 crossed over the Continental Divide at this location as well photo opportunities were easily to achieve. In August of 1973 Steve Schmollinger captured a tremendous photo of the Butte helpers (Boxcabs) that have just cut-off from the eastbound train they have assisted over the pass. A track inspector follows the eastbound on the main to eliminate any fires started by sparks from her locomotives before they get out of hand. Forty-four years later nothing remains of the tracks, trains or railroaders at Donald. Abandoned in March of 1980 the Milwaukee fled its Western Extension in the hopes of returning to its Midwestern roots and surviving. Aquired by the Soo Line, the Milwaukee and its once strong engineered route to the Pacific has faded away among the rocks and pine trees."

Yup, sure enough that was interesting. No argument that it now looks different with no railroad tracks, trains and their crews. But what else can you see that's different ? In the Abandoned Rails group, not one person picked up on the dangerous Mojave Green Rattler in the photograph. Okay okay, there's not really a Rattlesnake, but something equally as dangerous and life threatening. Anybody else notice the dead and dying forest ? 😟

I'm seeing numerous before (historical) and after (present) photos from almost every physical location on the planet irrespective of the subject matter being discussed and what I notice first is the change in the vegetation health in the wild. For most folks this sad anomaly goes right over their heads. Why ??? Because apparently these days debating various versions of failed political ideologies of one over another on Social Media sites, watching who wins the World Cup or Super Bowl, or any other worthless time wasting endeavour etc appears to hold more importance to one's short attention span these days than if there will ever be a tomorrow. In other words "they take no note" of the world around them and where it's really headed. And many of the worst offenders are those who claim to be a champion of Nature. Yet, as we see in other photos like the one below, on a small scale some positive change for restoration is possible. Especially in one's own urban landscape. Unfortunately at the present time this can only be done on a small scale. Oh yes, such small scale activities get a lot of P.R. as success stories, but generally these projects are milked for all their donations drive worth. The idea of something on a grander global scale is often nothing more than a fantasy dream. In other words, don't hold your breathe for real world viable change. 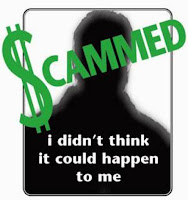 The main failure of the eco-organizations who claim they just want to change the environment for the better is that they see the world through the corrective lenses of multiple materialistic fixes. You know, sign the petition, vote for my guy, protest & occupy a specific location for media attention, claim to have the moral high ground even when you're miles away from it and completely ignore the real causes of environmental ruin. Gain what appears to be massive amounts of followers through social media sites, advertise for more followers to join your organization, even if the majority of followers are fake (appearances are everything), then keep those followers stirred up and angry with misinformation as you beg for more and more donations to fight the good fight. There is a text below taken from 2 Timothy 3:1-5 which highlights with glaring detail the true causes behind environmental degradation. You can verify the truthfulness of those words as you flick on the television and watch any brand of nightly news. Yup, it's just that simple. As long as humans display such traits globally, the Earth will never heal. And the amazingly no one group is targeted over another as to fault. Both the Secular (not open to any agreement) and Religious (having a form of godliness, but proving false to it's power) elements which make up mankind bare major bloodguilt responsibility for global environmental ruin.

"But know this, that in the last days critical times hard to deal with will be here. For men will be lovers of themselves, lovers of money, boastful, haughty, blasphemers, disobedient to parents, unthankful, disloyal, having no natural affection, not open to any agreement, slanderers, without self-control, fierce, without love of goodness, betrayers, headstrong, puffed up with pride, lovers of pleasures rather than lovers of God, having a form of godliness but proving false to it's power; and from these turn away."

Posted by Chaparral Earth at 5:23 AM No comments: